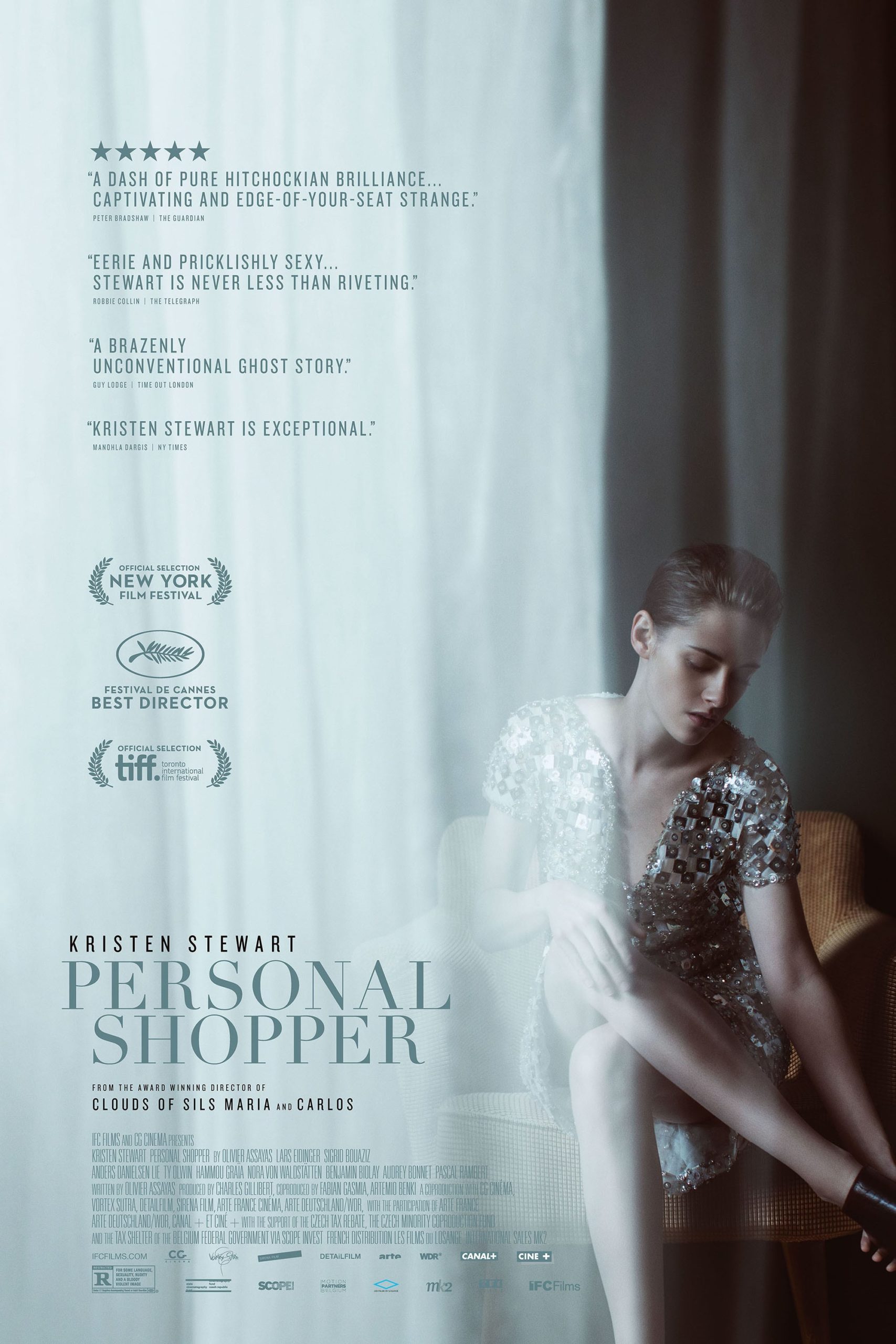 Personal Shopper, Olivier Assayas’ 2016 film, is in our opinion a film that tries, in vain, to hide the heart of the story with all its strength, to make it more interesting, but that in doing so loses its own power.

Basically, it’s a film about the mourning and grieving process following the death of a close person. The mysterious character is recreated using, in a rather coarse way, the concept of the phantom (in the most psychological sense of the term). The film is resolved in the realization of being alone after the disappearance of a loved one (“Am I alone?” “Yes”).

One thing we deeply detested is the rather arbitrary (but omnipresent) use of the black dissolve transitions (which then resolve into the white one in the awareness of the mourning process).

The feeling that the film gave us at this first viewing is that there was the director’s willingness to overload, almost as if he didn’t trust his own story, when actually the emotional fire of the film was already there, without the need for ambushes of other, frankly useless, plot lines.

Ah, and yes! We know that this film allowed Assayas to win the directing award at Cannes. And no! We don’t share the view of the jury.
But we also know very well how the subjectivity of any film reception potentially makes completely useless any attempt of “objectification” that a prize like this would like to offer. And that this, after all, is just another subjective “review”.

Director: Olivier AssayasWriters: Olivier AssayasStars: Kristen Stewart, Lars Eidinger, Sigrid BouazizSummary: It's been already three months since the sudden death of her 27-year-old twin brother Lewis from a congenital malformation of the heart, and Maureen, a young fashionista, assistant to a celebrity woman and a capable medium, still hasn't made any contact with him. Spending her time between high profile fashion establishments and the abandoned Lewis' house in Paris, Maureen is silently battling with the gut-wrenching grief and sorrow, while at the same time, looking for a sign from her deceased brother after an oath taken between the twins. Aloof, disoriented and still mourning, wraithlike Maureen attuned to the ethereal realm, is inevitably caught between this world and the spiritual, always looking for portals and a sign that would prove her brother right, however, in vain. Unexpectedly, as the days pass by swiftly and the random apparitions become more frequent, Maureen will start to receive strange text messages from an unknown sender who seems to know a lot about her, but in the ... Written by Nick Riganas