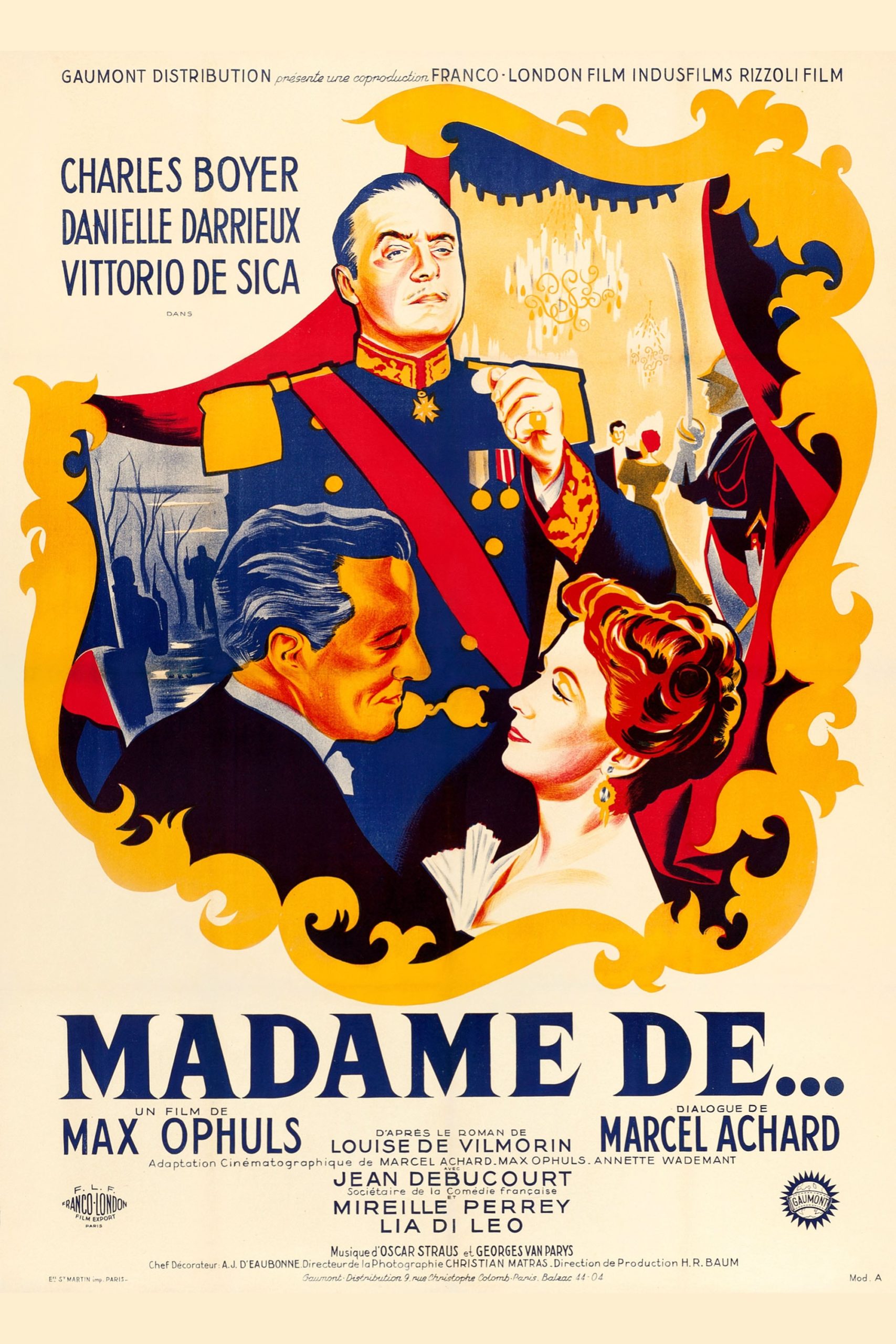 – A masterclass on filmmaking by Max Ophüls.

Madame de… is a 1953 film by Max Ophüls.
It is a film that offers yet another lesson by the German director in the cinematographic art and in particular to what concerns the camera movements, which have always been a (forbidden) fascination that many filmmakers feel towards film direction.
For a reading of a study of how camera movements shape and connote some important films, please have a look at the analysis we wrote on Shining, a film by a director, Kubrick, who has never lost the opportunity to say that the films made by Max Ophüls have always been a source of inspiration for his own creations. In short, not just any student.

The film is pervaded by a wise and masterful use of the camera movements, an example is the first scene and the introduction of the protagonist. During the course of the film, the camera moves freely on the set and stages a classic element of the German director’s filmography: the dance.
A dance of love and death that finds itself unraveling, in this film, between a non-judgmental study of the dynamics of love and betrayal and an analogy with the war that is carried out by “non-diplomatic” characters such as the general and which leads to devastation and, symbolically, to both individual and collective annulment (in a metaphorical sense).

It is a film that plays structurally on the theme of the double and the return: twice to the church, the return to the station and the infinite “dance” of the jewels. The director openly plays with these returns and characterize them differently each time: they are treated with different meanings and atmosphere every time they are approached (see the general’s first time at the station with his lover and the second time with his wife.).
A theme, that of the return, which is made extremely manifest on the key object of the film: the earrings. These, given by the general, are sold, repurchased by the general, given to the lover, resold by the latter, purchased by the baron, given once more to the original owner, before they’re taken away again, while in this whole path they change their meaning several times (they cross the whole Europe once again signaling the metaphorization of the story in a commentary on “war”). In a certain sense, they go from being a symbol of power and control, to being instead bearers of hope and freedom.
A film that therefore plays with meanings and does so even when the characters use the form “je ne t’aime pas” (I don’t love you), to say instead “je t’aime” (I love you). An inversion, in order to express something else.

In addition to the cinematographic form, Max Ophüls also demonstrates (as if he needed these two words of ours to find confirmation ….?!) an exceptional modernity if we think that in 1953 he had already acquired a non-judgmental position towards some relationship dynamics – such as betrayal – that, at that time, were still seen as sacrilegious in certain societies. The director is therefore an observer who does not judge any of the relationship dynamics (not even at the beginning of the general with his lover), but that then takes an ethical position towards those who actually do so and that standing as judge, apostrophize as “guilty” those who have committed his exact same sin and therefore invents a pretext of honor to break the heart of the beloved and bring devastation and death to the heart of Europe: the love and the word that succumb to the use of force and coercion.

We can’t recommend this film more! If you don’t trust our advice, at least trust Kubrick’s !!!!

8.0
Director: Max OphülsWriter: Louise de Vilmorin, Marcel AchardStars: Charles Boyer, Danielle Darrieux, Vittorio De SicaSummary: In the Paris of the late 19th century, Louise, wife of a general, sells the earrings her husband gave her as a wedding gift: she needs money to cover her debts. The general secretly buys the earrings again and gives them to his mistress, Lola, leaving to go to Constantinople. Where an Italian diplomat, Baron Donati, buys them. Back to Paris, Donati meets Louise... So now Louise discovers love and becomes much less frivolous. Written by Yepok 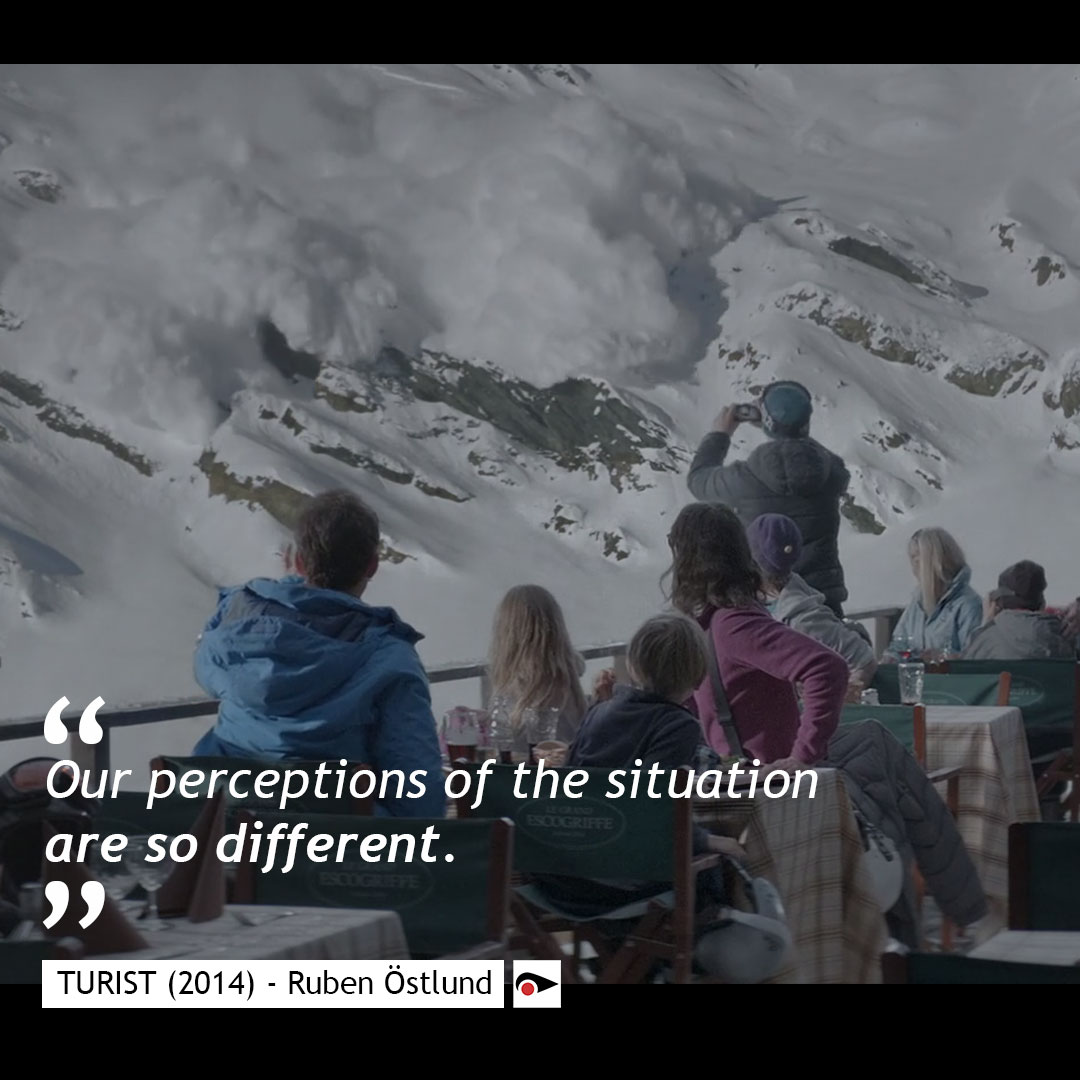