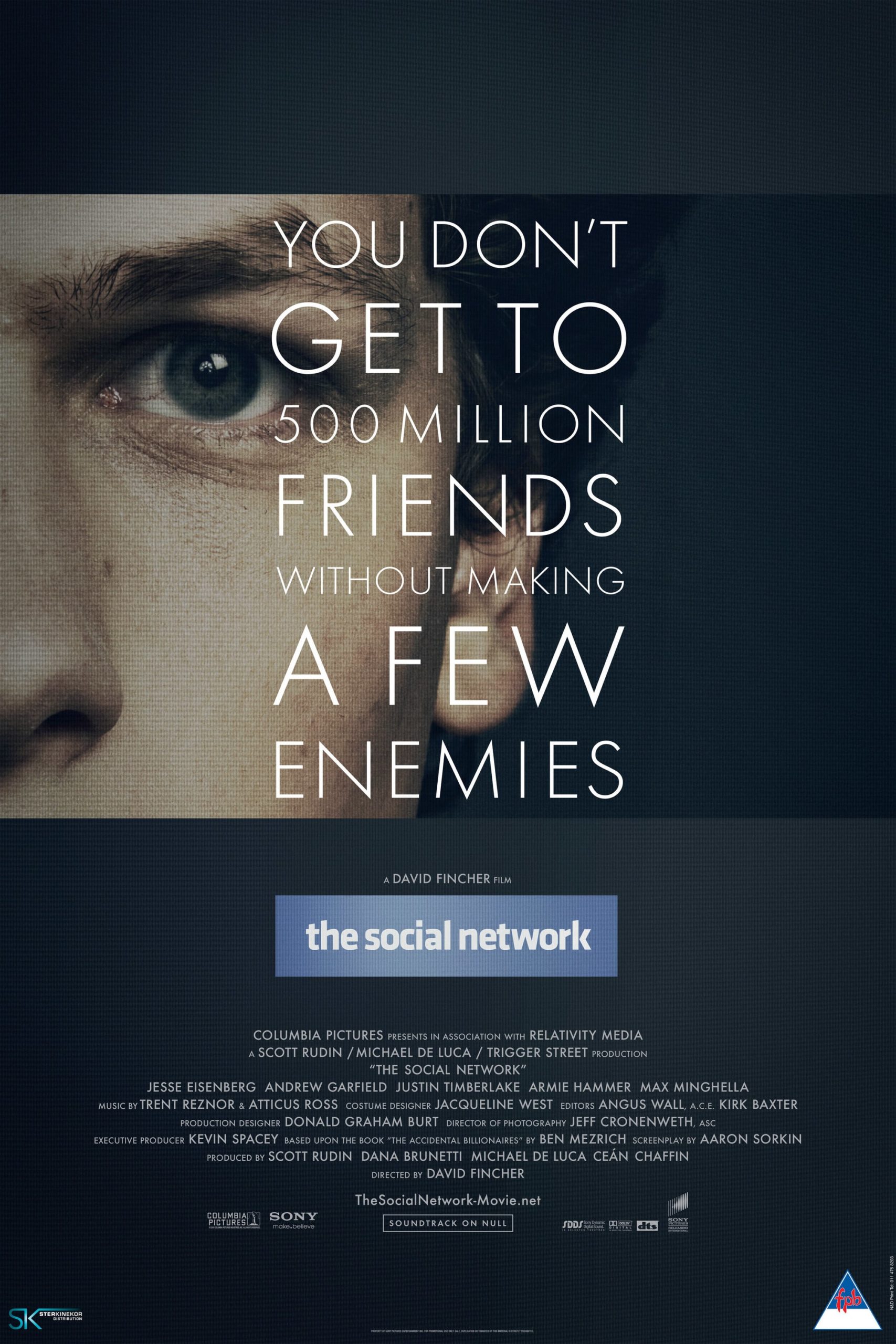 – A film that looks at a historical moment in our society with an analytical – perhaps too distant – eye.

David Fincher’s The Social Network (2010) is a film received with extreme attention by film critics. It sort of marked the beginning of the new cinema decade and many have called it one of the most important films of the same period (not least, Quentin Tarantino who has put it in the first place of his list of favorite films of the 2010s).

Do we agree with that? Not necessarily.

The Social Network is basically a story that revolves around the protagonist (Mark Zuckerberg) and that depicts his moral (and criminal) trajectory during the period of the creation of Facebook.

David Fincher is an amazing, wise, creative director who usually uses an agile and not too rigid (norm) audiovisual form structure that is organic to tell the intended story. With a script like this, heavily based on dialogues and scenes with different intersecting chronologies, Fincher manages to establish a hellish rhythm and gets the most out of the actors. The computer world and its creative frenzy are accurately reconstructed from the visual structure.

The editing (sound editing, as well) manages to make all the various intersections intelligible, avoiding dangerous ambiguities at the crossovers of the scenes that would have made the film unnecessarily more complex from a spectator reception standpoint.

Aaron Sorkin’s writing (also with a cameo in the film) is as always very interesting: he manages to create excellent dialogues and constructs his umpteenth figure, protagonist of a film, who at the end of the film appears more ambiguous rather than classically reassuring . It is therefore a protagonist who, once we have reached the end of the film, we realise is not intended to be pleasant or liked, but rather as a vector to raise doubts about the moral integrity of the person.

In regards to the story level, The Social Network point the lens of the camera on the figure of Zuckerberg, a student with a very strong (however futile) motivation: he wants to access the most exclusive clubs of his college (Fincher knows something about exclusive clubs). Zuckerberg wants to please others, especially that cool world that negatively connotes him as weird and draws him as a nerd. To do this, he loses the human touch with the people at his side, those who listen to him and perhaps even care about him.
However, having never been able to access any of these clubs, whereas some of the people included in the Facebook creation process are already in or are about to join, Zuckerberg, in essence, in what seems to be a real revenge against the elite, creates the largest club of the world, open to nerds as well as elite, while he is the only master of ceremonies and the film paradoxically reaches the end just when the spectatorial process leads the protagonist to be the least pleasant and likeable possible.

Perhaps it is precisely in this disconnection amongst the objective of the protagonist (of being liked), the ethical and moral distance with which the film presents him to the viewer and the opinion that the latter matures about the same character towards the end of the film, where the strongest and most interesting point of the film resides, as this picture gives its best on the characters level.

On the other hand, although it intercepts, mostly in nuances, that cultural panorama of surface, image and empty people that social media are jointly responsible for the advent, the film, in our opinion, arrives late on the study of some of the anthropological and sociological dynamics on the impact of social media (the 6 years from the creation of social media to 2010 are practically a geological era in this sense) and it gives the impression that it depicts a world observed from distance by people who have not, at least not initially, grasped its rupture and who studied it, coldly, to emphasize its idiosyncrasies which, perhaps, were already clear to a lot of people at that point of history.

Director: David FincherWriters: Aaron Sorkin, Ben MezrichStars: Jesse Eisenberg, Andrew Garfield, Justin TimberlakeSummary: On a fall night in 2003, Harvard undergrad and computer programming genius Mark Zuckerberg sits down at his computer and heatedly begins working on a new idea. In a fury of blogging and programming, what begins in his dorm room soon becomes a global social network and a revolution in communication. A mere six years and 500 million friends later, Mark Zuckerberg is the youngest billionaire in history... but for this entrepreneur, success leads to both personal and legal complications. Written by Columbia Pictures 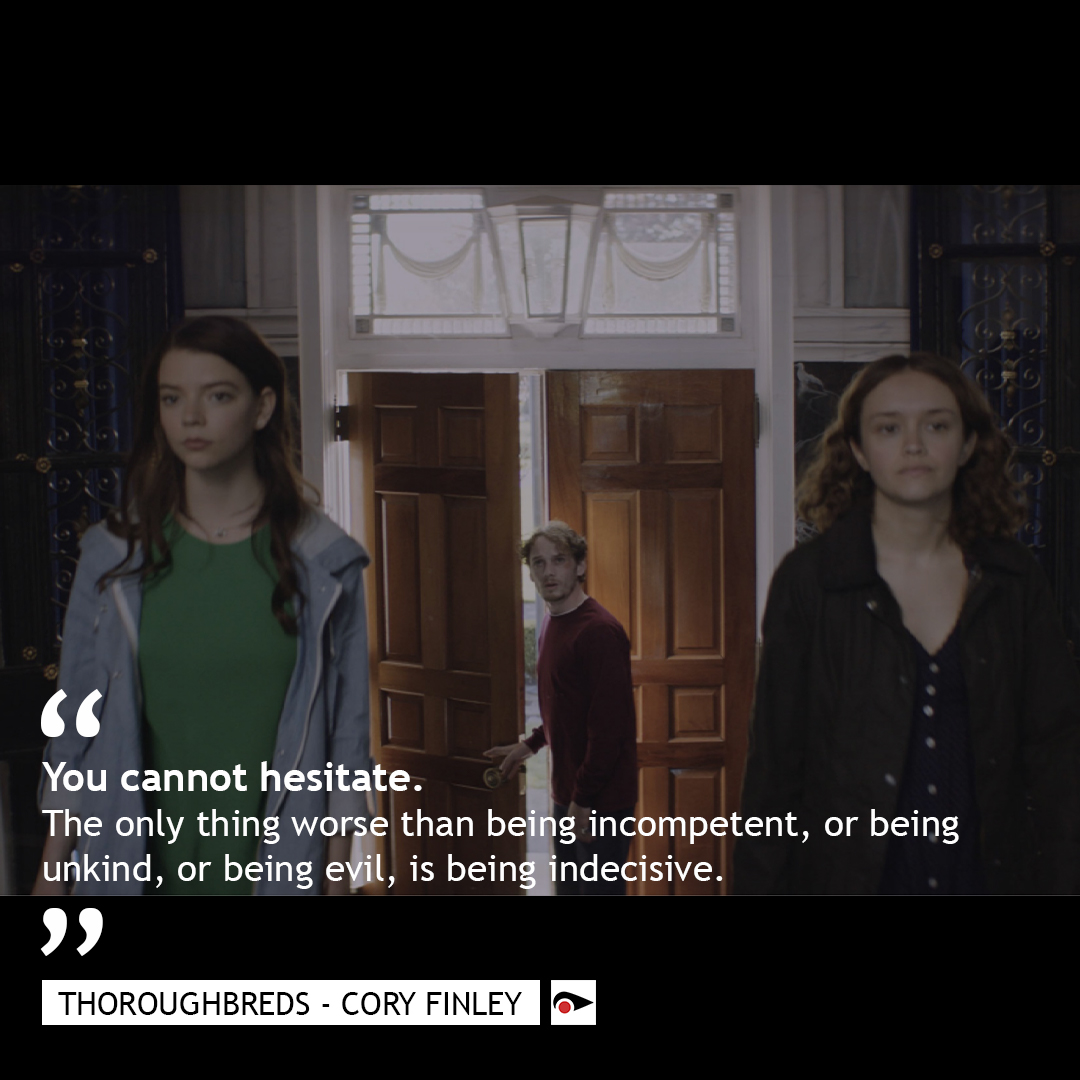