Cahiers du Cinema – The end of an era 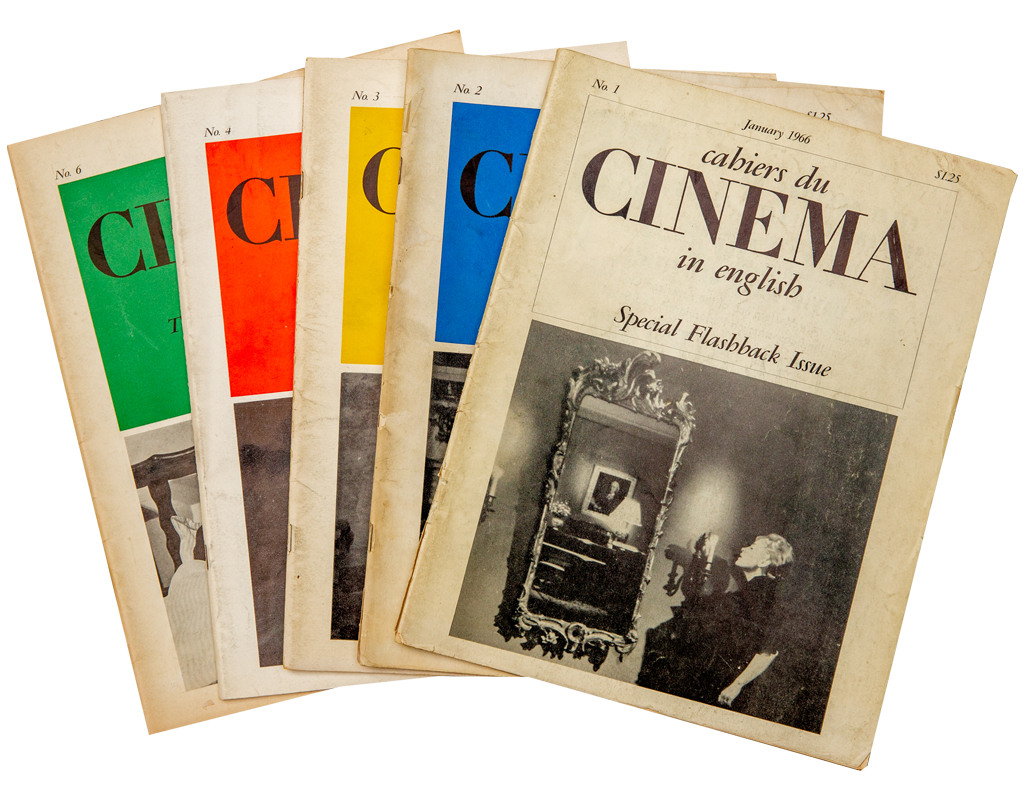 The editorial staff of the historical french magazine <<Cahiers du Cinema>> takes a tough decision after the selling to a group of film producers and business associates. Is this the end?

“The cinema substitutes for our gaze a world more in harmony with our desires.”

If you ever found yourself in a position of leafing through a film history book, you’ve probably read words like the ones you’ve just gone through. Most likely, you’d also be reading theoretical extracts such as “It was montage that gave birth to film as an art, setting it apart from mere animated photography, in short, creating a language.[1]”

Alongside other pages, concepts, theoretical studies, these sentences are extracts from the work of André Bazin – one of the most influential film critic ever to live in this world. His body of work has been largely used in any book that dealt with the state of the theories about the film studies (or at least of those that are even worth mentioning). His studies were about the cinema tout court: starting from the optical device and the mechanism that records the life, one could easily find himself reading about the abstraction of the language (his legendary text on Bresson)

In the course of his unfortunately short life, André Bazin co-founded the film magazine <<Cahiers du Cinema>> – a magazine that right after its birth has ascended to the role of a guide (almost a spiritual one) for the cinema fans. One of the characteristics that has made this magazine nearly magical to the eyes of filmmakers, readers and cinema fans is found in the free character of the articles: they deal with films, personal taste in cinema and aeshetics, leading towards an editorial independence and they never were subject to the rules of the economic market. Because of this approach, you can find articles on successful American directors as well as less explored works in the worldwide cinematography.

One of the most influential issue (no.70) which has divided the world in nearly two eras – one before it and one after it – regards the politique des auteurs. The issue, edited by André Bazin[2] – who also wrote the foreword for it – was the result of an internal conflict between him and a few other critics (The Young Turks) exploded in the 1954 with an article of François Truffaut which dealt with the authorial concept in cinema and the arts. On one side Bazin and some members of the staff, on the other Truffaut and other well knows critics including Jean-Luc Godard (writers for the Cahiers were also some famous directors such as Jacques Rivette, Éric Rohmer, Claude Chabrol and many more).

Aside from the story about the internal fights, the interest of the magazine was aimed at the cinema and at any form of expression. Every opinion, even if inflexible and very often in contrast with the one of the founder of the magazine itself, would find room in the pages of these “notebooks”. This constant dialectical approach, under the banner of cinema, made this magazine a benchmark for all the filmmakers, so much so that it even influenced the aesthetics of some authors.

So, this magazine is, for all intents and purposes, an institution of the film history and it contributed to changes in film aesthetics just like D.W. Griffith, Buster Keaton, Charlie Chaplin, Alfred Hitchcock, Fritz Lang, Rossellini, Max Ophuls, Fellini and Kubrick [etc.] did. A magazine that started in 1951 and reached our days even though it did so in a turbulent way. But in 2020 the situation seems to have changed.

And how did the editorial board react to this news? They’ve decided, all together, to leave the <<Cahiers du Cinema>>, using the “clause de cession“, a right that protects the journalists during a change in the ownership. The reasons why are explained by the editor-in-chief[3]:” A decision like this is devastating for us and unprecedented in the history of this magazine. First of all, it’s a matter of principle. We refuse to work under the “authority” of the film producers [who bought us] because this represents a clear conflict of interest. The fact itself that the magazine is owned by some producers make the film reception an obscure process and creates a legitimate feeling of suspicion.”

Right after the the acquiring of the rights, with no involvement of the staff, Delorme accounts that: “It’s been announced the creation of a magazine of chic, convivial and re-centered on French quality. Needless to say that the Cahiers haver never been any of the three. We’ve always made fun of the chic and toc. We’ve never been a platform for the arguments of “for/against” this or that: the health of the Cahiers is based on their virulence, when it’s known that this magazine has been at the service for the defence of ideas, passions and beliefs.[…] One last alarming signal that we’ve heard: the Cahiers are considered a brand and therefore should be making events “with other brands” (talking about other brands).”

Lately, the Cahiers have been protagonist of some political stances about some issues: media handling of the gilet jaunes protests, the pass Culture – piloted by the new member of the board Frédéric Jousset. They linked these issues to a general discussion over the modern aesthetics. In short, a form of cultural dissent aimed at Macron and his government. Therefore Delorme asks himself, linking the selling of the magazine to a sort of an establishment reaction: “Seeing the names of Rothschild, BFM, Niel, Simoncini puts down a huge question: could we remain free in our movements?”

“We’ll see, or better, you’ll see, because for us the page is now turned, if the Cahiers, a magazine with a turbulent history, will live through a Restauration or a Revolution and will land in a new world. The issue of April, nevertheless, will be our last one.”

So we’re talking about a sad story that sees one of the highest film institution collapse under the blows of the market, of a “new” way to interpret the arts (entertainment+business) and that goes beyond any form of passion, embracing exclusively the economical interests. A situation that, if it had happened when Bazin and The Young Turks were fighting over their respective ideas of cinema, would’ve probably resulted in a poorer cinema (artistically, culturally, aesthetically) than the one we’re still lucky to admire.

We know where we stand with in this story. How about you?