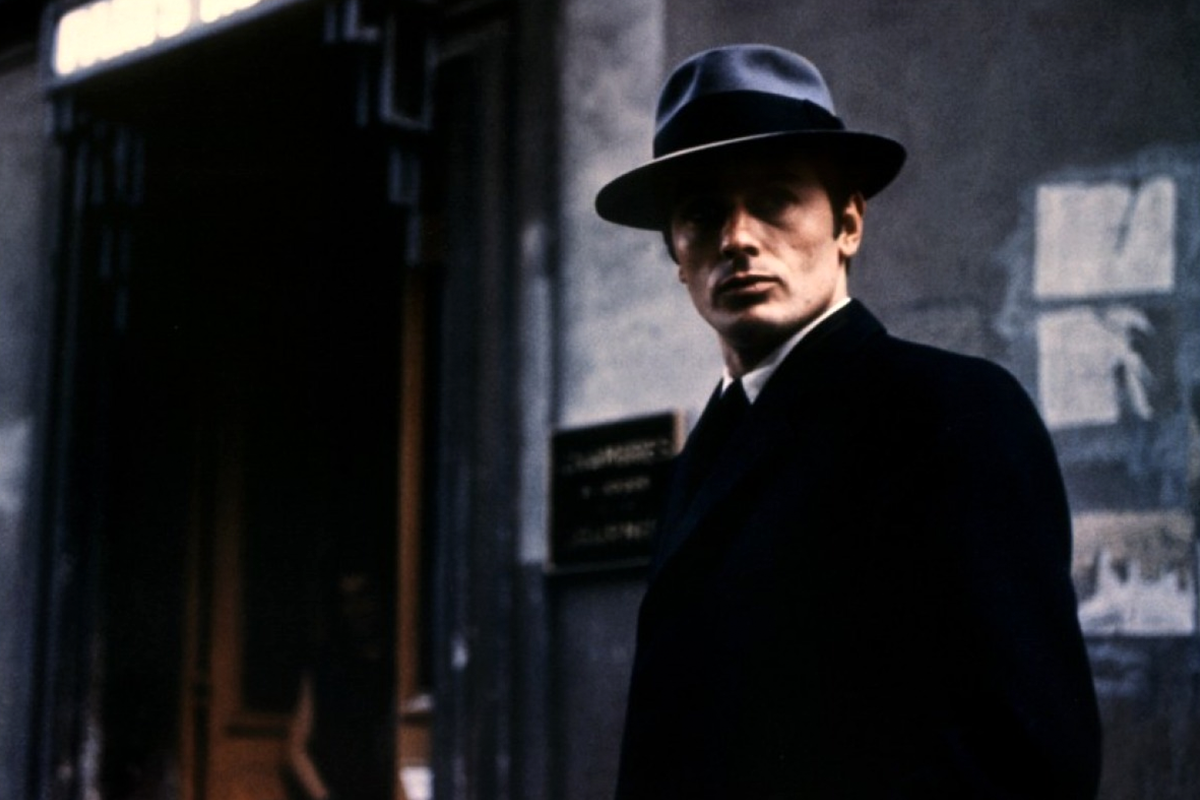 The film Le Samouraï has been one of the most (commercially) successful work by Jean-Pierre Melville selling 1.932.372 tickets (1) in its theatrical run. Whilst the public rewarded the film, the critics were split right in two: the detractors (who had now reached the position of despise towards the author) and those who loved it. With no middle ground, Melville broke once more the French cinema environment. But today, how is the film regarded? What do we think about it?

Attention: this analysis may contain SPOILERS. If you have never seen the film, please come back after you’ve watched it so that we haven’t spoiled it for you!

“Who is Jef Costello?”

Jef Costello (2), the protagonist of Le Samouraï “is not a criminal, neither a gangster”(3) says Melville to Rui Nogueira in the course of his interview. Who is he then? Or better, what is Jef Costello?

Denitza Batcheva in her analysis of Melville’s work affirms that “one of the modern traits of Melville consists in reducing the character to a pure behavioural exteriority that makes them impossible to psychologically analyse through the actions they make. We see them operating without knowing what they think – therefore their silence as a ‘display of the unfathomable opacity of the being’”(4).

A first answer to the question of the (exterior) identity of the character could be found in the performance that Alain Delon offers: it merges perfectly in the concern (or maybe the objective) that Melville had on how to handle the identity of the “gangster” as pure image (icon): a cinematographic phantom emptied from any form of psychological determinism. An image that belongs to cinema and only there.

This becomes clear when, as soon as we suspend the judgement on the naturalism of the staging, we understand that only in a film (and its space-time foundations) Jef can kill (twice). The director always stage the shootings in an unrealistic fashion (just like in Le deuxième souffle): the gun appears where it’s not supposed to be, and it leads us (through the editing of the sequence) to a feeling of surprise.
Or also, Costello is a cinema icon tout court when he tells the man threatening him with a gun that he “never speak[s] with anyone holding a gun” which brings straight back into our mind what Humphrey Bogart says when threatened by Peter Lorre in John Huston’s The Maltese Falcon (1941) – John Huston’s The Asphalt Jungle is another reference in this film when Costello is in front of the witnesses, scene this that Melville shoots as a casting. But it will also constitutes a future echo a few years later in the line “I don’t answer when I am threatened” that the same Alain Delon will say to Gian-Maria Volontè in Le Cercle Rouge when the latter is questioning him while pointing his gun at him.
It seems we are in front of a game of mirrors where past, present and future of the cinema that Melville loved is all together and tied to his own films – almost as if we were in Orson Welles’ Lady from Shangai.

The following cut establishes a proximity between the clash between two gangsters to a police meeting (in a medium shot) that brings us into the thin ethical boundaries that Fritz Lang had explored in his exceptional film M (1931) and that would see as main character the same Peter Lorre threatening Bogart in The Maltese Falcon, as if everything was a cercle rouge now finally full.
This is also noticeable in the sequence when the police intrude Costello’s apartment to plant listening devices – the new technologies defeated by the human inventiveness is another classic fil rouge in Melville’s work – we can still hear a strong echo of Fritz Lang especially in the palpable confusion about who are these men: we never know if they are police or gangsters. Melville doesn’t want to clarify this and instead adds more signals in order to confuse. Both the police and the criminals not only use the same methodology (a second intrusion happen a little bit later made by the man threatening Costello) but also use the same tricks (the set of keys that the police use to get in the protagonist’s flat is the same that Costello himself uses to steal a car). The boundaries are so thin, if not absent, in the way the interrogation to Nathalie Delon is conducted by the police: the cops behave in the same way a thief would do when searching for a loot.

Even the gestures, like the one that characterizes the narcissistic dressing (more like a vesting) or the slight touch to the hat that Costello does every time he wears it – symbol of a movement that happens so many times in the history of the cinema (let alone on the set of this film with the actions repeated over and over again) – really underline him being an icon, an image, more over than a person.

These actions also seem to be tics “revealing a sort of ritual behaviour” as Pino Gaeta points out (5).

The noir and the white.

At this point, Melville intervenes to give us a definitive key of the psychological characterization he wanted for his protagonist (and ultimately of the narratives): [Le Samouraï] is the meticulous, clinical, description of the gun for hire who is, by definition, a schizophrenic”(6).

Everything in the film reflects this bipolar tendency and results on a constant doubling of all the events and signals: Costello steals two cars; he kills two men (three if we count his “suicide”); he meets with the man of the runway twice; he comes back on the scene of the first murder twice (a third time can be counted when he gets killed/suicide – but as it is now becoming clearer that sequence hides a crack in the system); there’s two identical set of keys used by Costello and the (two!) policemen; two women have access to his interior world; there’s two (marvellous) goodbye scenes; he escapes two stakeouts.
It’s not a case at all that Jef meets his own Death who, dressed in white and with a black skin, makes him fall for her (in a chromatic clash between the overall grey cinematography and the two extremes – black and white – that the pianist is characterized by). The Death-Love binomial is pushed to its extremes in a recall to the romantic literature. As Ginette Vincendenau points out:

“Jef can also be seen as a dandy. […] The dandy is a narcissistic figure, often aristocratic, excessively concerned about his dressing and his own display, that lives a sort of ritualistic meaning of the life but is alienated from the real world. […] Francois Dolto affirms that this alienation meant that the dandy doesn’t accept ‘any authority, not even the one of love’. […] Is it just a case that Jef, after being released by the police, escapes through a building located on rue Lord Byron?”(7).

Jef Costello draws a trajectory that goes under the sign of the noir genre using two key characteristics of the thread: “the otherness of the protagonist in relation to the environment surrounding him and the city”(8). What else is the escape from the stakeouts through the metro’ if not an escape from all the alien to himself in search for an interior den (the figurative abstractness of his room)? The mask shows its cracks and Costello is forced into a paranoid flight from the exterior world and the feminine (the ultimate tail).

Fragments of solitary behaviour were seeded in the film from the beginning and now offer their payoff: Costello is finally presented to us as a samurai, as a “wounded wolf” and just like the bird in the cage in his flat. Melville had advised us with the (fake) quotation take from the Bushido at the beginning of the film: “There’s no deeper loneliness than a Samurai’s, except maybe for the tiger’s in the jungle”.

Samurais, live within a very precise code and with strict rules: broken, for Costello, because in the rules of the game the protection is an anomaly (the pianist) and when “a disturbing wedge is inserted in a cog, it breaks”(9), therefore the bipolar system that had conducted the narration so far – and had let Costello survive the world – finally short-circuits.
Costello is a too experienced samurai to see in this crack of his ritual a hope for salvation and stage another of the Melville’s favourite theme: l’acte gratuit (the killing of Olivier Rey and the contract he’s got to finish) – this leads Costello face to face with the death. The entire last sequence is full of signals of the suicide (harakiri): for the first time he leaves his hat in the club’s wardrobe, he touches the reference number for it and leaves it there to then explode in the final revelation that the gun was unloaded.

Once that the identity, the image that Costello had sewed for himself, falls, the other completes his menace for that small unexpected element that deflects the ritual “trajectory” and leads the character to find his death.

Right after the shooting and the death of Jef Costello, the camera ascends on the pianist who looks down severely: there’s no compassion in her look, instead, there’s a feeling of narcissistic satisfaction representing the victory of Death, that as we know, for Melville is always to be intended as final destiny and the inevitable full circle. And it’s there, once more that we re-discover that, in Melville’s work, the noir, “cuts itself a metaphysical space” (10) and that the question is the same one of when we started this analysis – Who is Jef Costello?

The film starts from the concept of alibi as affirmed many times by Melville in the course of a number of interviews. Ultimately, what is an alibi for Costello if not a staging work? In this case, who is Jef Costello if not the director challenged by the verification of his own staging techniques? Costello’s nihilism seem to be exactly shared with his creator and the masks behind most of Melville’s characters seem to hide themselves is now more and more merged with their face, as well as Melville’s, who is retreating from the external world, shutting himself and his work from outside looks and starting more often to dress just like a cinematographic image for his public appearances (the hat and the sunglasses).

And that’s why, Melville, candidly, would admit that “Le Samouraï is the analysis of a schizophrenic made by a paranoid, because all the creators are [indeed] paranoid” (11)

This text is taken from “Jean-Pierre Melville“- Marco Venditti” (2014) 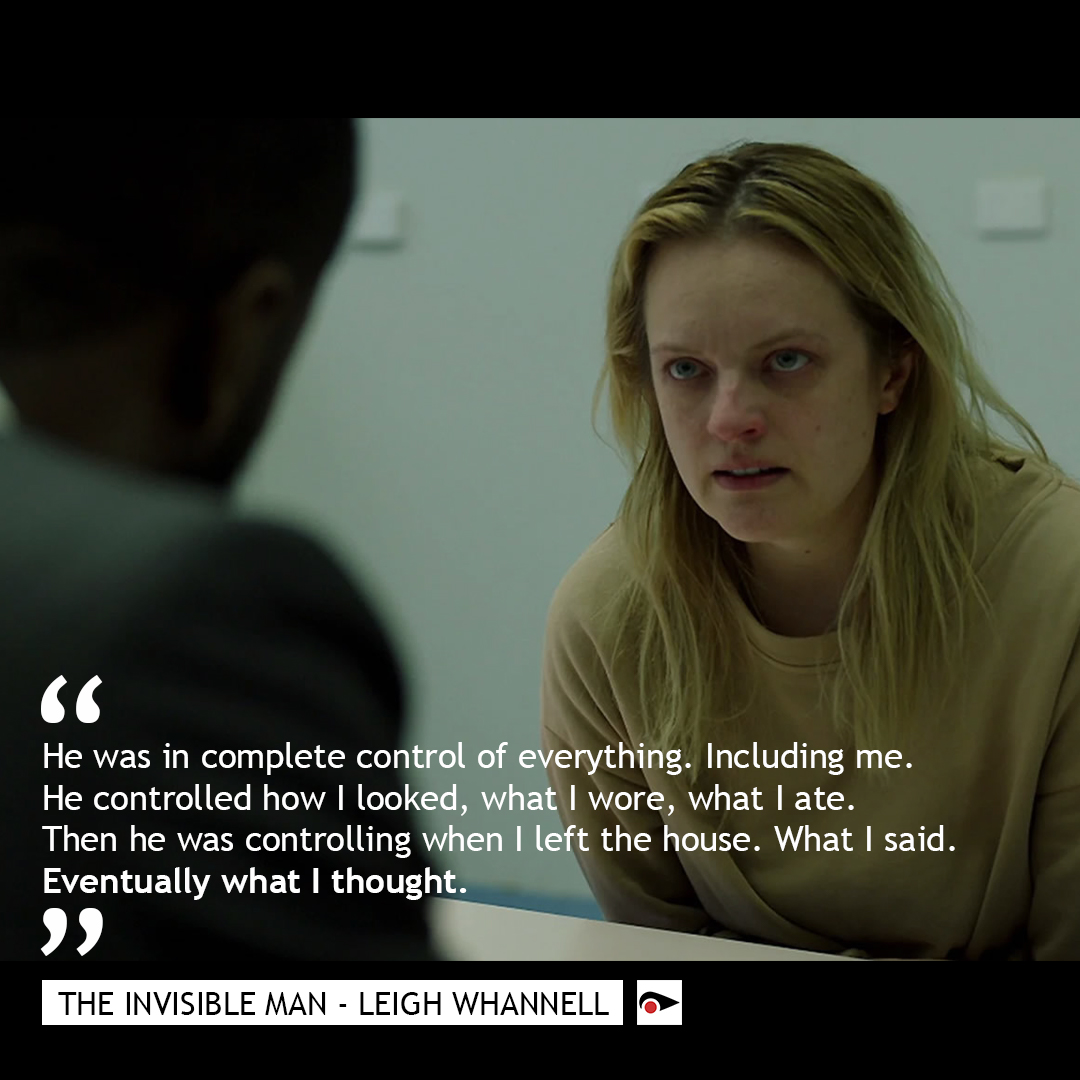